Real estate prices decline nationally in Q4; here we break down the players and how different regions are affected. 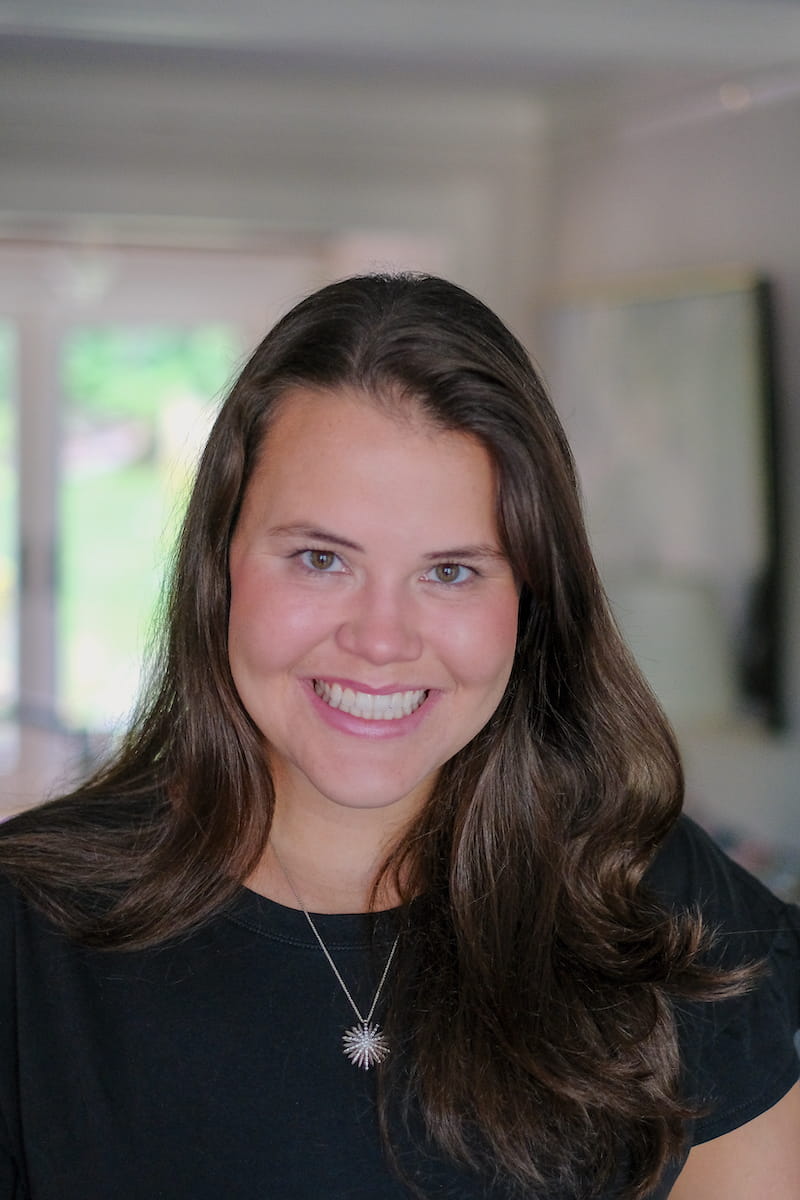 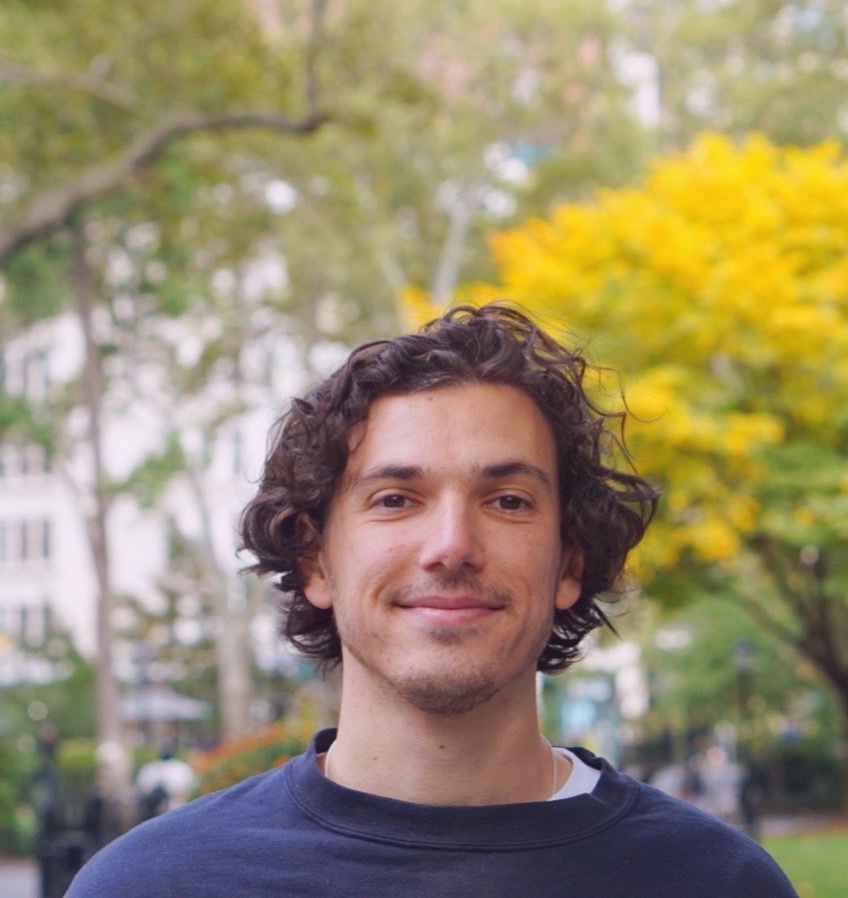 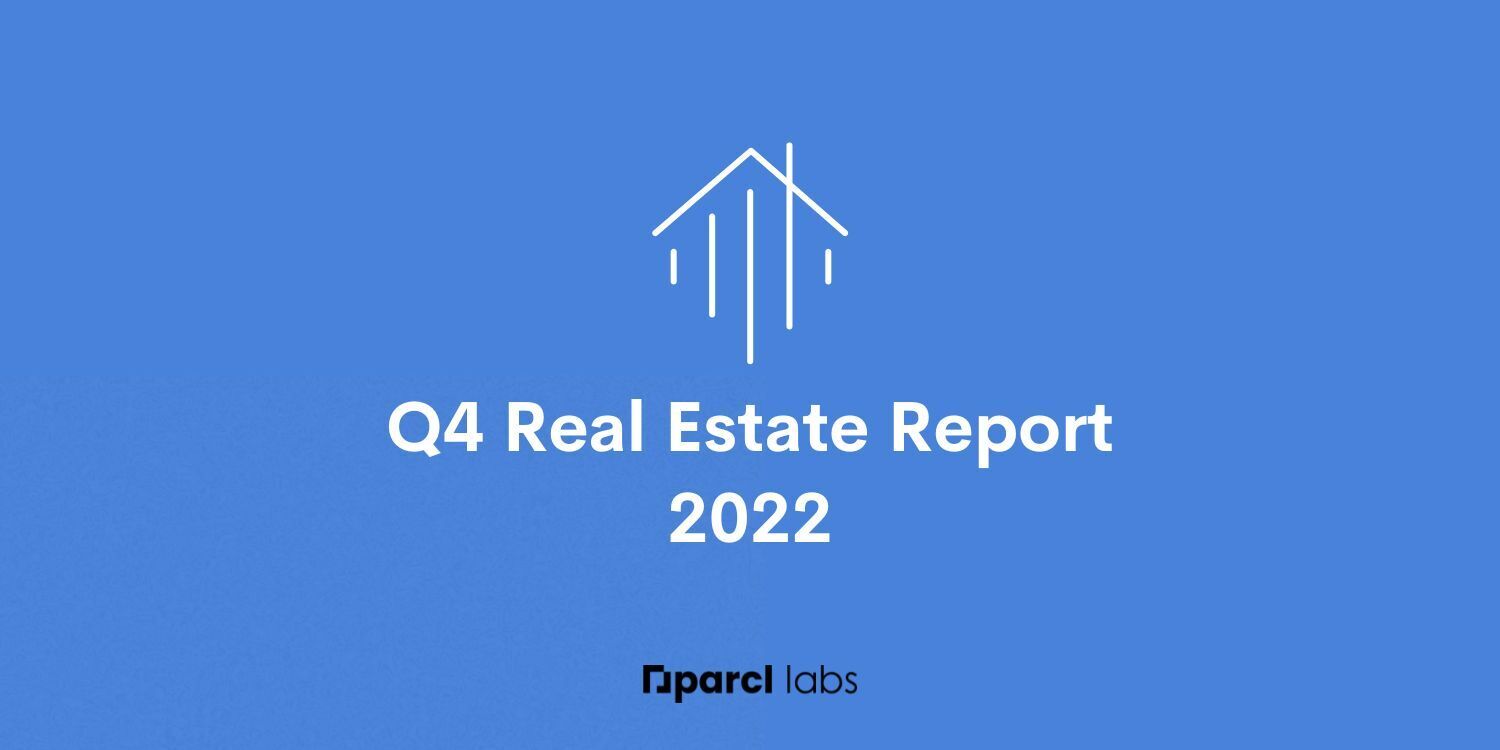 Residential real estate prices are down across every market in the Case Shiller 20 MSAs in Q4. However, the correction is not the same everywhere. Since mid-year, the West Coast housing market has cooled more significantly than its South East Coast counterparts. The slowdown in the West is in part due to how hot some of the West Coast boomtowns (such as Phoenix, Vegas and Seattle) got during the pandemic.

Additionally, we are seeing iBuyers and developers moving faster and more drastically than regular homeowners as they try to survive the cooler housing market. iBuyers proactively and incrementally decrease prices, while regular homeowners’ price changes are reactive and lagged. Our research indicates that iBuyer’s speed advantage is not enough in a declining market to maintain a healthy business model.

Finally, New York is a negative outlier on the East Coast. Parcl Labs reporting shows a more drastic decline in New York than the Case Shiller Index. This finding is due to the fact that the Parcl Labs Price Feed is real-time and accounts for all home types, while the Case Shiller relies on lagged data from repeated sales, single family residences.

Here are some of the major insights from our data-driven analysis:

A typical home flipped by iBuyers is netting over -5% losses in Q4. This comes at a time when asking prices are dropping, homes are staying on the market longer and more sellers are simply delisting their properties. This reversal in a typical home flip margins couldn’t come at a worse time for iBuyers given they locked in the second most number of home purchases in Q2 of this year, right as the markets peaked.

Our Q3 Report described how the US housing market had begun to abruptly decelerate after years of steady price appreciation. In Q4, Parcl Labs analysis reveals that this downward trend is accelerating. Residential real estate prices are down across every market in the Case Shiller 20 MSAs in Q4.

No major US Metropolitan Statistical Area (MSA) witnessed real estate price increases in Q4. The most stable market is Miami, with a relatively small -1.2% Qtr/Qtr price drop. Other somewhat stable markets include Charlotte (-1%) and DC (-2.1%).

While there was directional consistency across markets, we do see the data diverge in terms of magnitude of price declines by region. Specifically, West Coast cities are underperforming compared to East Coast cities. 7 of the bottom 10 markets are located on the West Coast. New York is an outlier to this trend with a -4.8% price fall in Q4. Read on to learn more about what’s occurring in the New York market.

At the most basic level, price declines are driven by sellers’ willingness to accept lower offers for their properties. Listing activity is a leading indicator of this dynamic, as demonstrated in the chart below.

At the start of 2022, the percent of listings with a price decrease was in the single digits. This percentage steadily increased throughout the year, before peaking in Q3 at nearly 35%. That is, more than 1 in 3 sellers lowered their asking price in Q3. In Q4, this behavior subsided, with just over 1 in 5 sellers decreasing the listing price. This rate is still 3x more than what was recorded in Q1.

Sellers who do not want to settle for lower prices can delist their home. Delisting is when a seller lists a home for a set asking price, and then removes it from the market altogether without it being sold. Delistings peaked at almost 2% in November of this year, a record high since 2015.

Since mid-2022, the West Coast housing market has cooled much more significantly than its Southeast Coast counterparts. The slowdown in the West is in part due to how hot some of the West Coast boomtowns (such as Phoenix, Vegas and Seattle) got during the pandemic. Compared to July 2022, home prices on the West Coast have fallen over -7%, compared to just -1.5% in the Southeast.

The chart above visualizes MSA-specific results that underpin the West Coast vs. Southeast divergence.

As shown, key Western real estate boomtowns peaked in Q2 2022, before cooling off in Q4:

These results reinforce the fact that real estate markets are locally-specific, and regional context is an important factor in understanding market performance over time.

Parcl Labs closely tracks the activities of different housing players such as iBuyers. An iBuyer, or "instant buyer," is a real estate company that uses big data to flip homes quickly; they operate at light speed with algorithmic decision making, undercut market prices before markets react, and use special financing not available to the general public to appear as an all cash offer when buying homes.

Parcl Labs data suggests that the price volatility in these pandemic boomtowns is exacerbated by iBuyer activity. iBuyers have been very active over the pandemic, specifically in places like Phoenix, Las Vegas, Los Angeles, Charlotte, and Atlanta.

iBuyer activity remained strong throughout 2022 for top remaining programs, with the second most amount of home purchases in the history of the programs occurring in Q2 of this year.

With Redfin and Zillow shutting down their iBuying business units this year, followed by Opendoor announcing that they want to open a real estate marketplace, it’s no secret that top iBuying companies are uncertain about the future. And if there was any lingering optimism on the iBuyer business model of flipping homes in a declining housing market, that has been eradicated in Q4.

In Q4 of 2022, iBuyers are recording their worst per home flip margin since iBuying became popular in 2018. A typical home flipped by iBuyers is netting over 5% losses. This situation comes at a time when asking prices are dropping, homes are staying on the market longer and more sellers are simply delisting their properties.

The comparison between accelerating real estate markets and declining ones on iBuying profits is illuminating. Before July 2022, home flipping was a lucrative endeavor with median marginal returns of 4-7%. Since then, these companies have been bleeding with returns as low as -6.8% and -10% in Las Vegas and Phoenix respectively. These are two markets where iBuyers held the most equity in 2022.

These numbers get worse in Q4:

In Q4 the situation got even worse, with typical losses of 10.2% and 14.8% in Las Vegas and Phoenix respectively. iBuyers are now holding onto inventory 33% longer than during a hot housing market, going from a typical home being held 86 days to 120 days.

New York is down 4.8% Q3 to Q4 and is an outlier on the East Coast. The Case Shiller only has New York down 1.45% since the all time peak this summer, and down 0.73% over the last 3 reporting months. Parcl Labs reporting is showing a much more drastic decline, in part due to Parcl Labs accounting for all home types, while the Case Shiller only uses data from single family homes.

Condos have no visibility in the Case Shiller, and condo prices are getting decimated in NY, down 11% Qtr/Qtr. Additionally the discrepancy between condos and single family homes is greater in New York, at 8 percentage points, than any other major market. Age of property factors into home price as well:

Newer homes (5 years or less) are down 33% Qtr/Qtr in New York. What makes New York unique is its long history of residential real estate. In the last 12 months, the age of typical sold property in New York was 61 years. Compare this to a much younger market like Charlotte, where the age of a home in a typical home sale over the last 12 months is 20 years.

There are dramatically different pricing structures for these two markets given the scarcity of new units relative to the typical transaction. New York homes between 0-5 years of age over the last 12 months obtained a premium of over 3x more than a home just 20 years old - in Charlotte, this ratio is close to even.

Location plays a big role as well. In newer markets, older homes are more centrally located next to epicenters of value, and before mainstream infrastructure is built to facilitate rapid transit from areas further out, those units will retain significant locational advantages.

In NY it makes sense that when access to capital is cheap and there are more buyers who are able to afford premiums on scarce resources like newer homes, competition drives prices through the roof. This dynamic is exactly what happened this year with newer homes in NY skyrocketing since February.

However, those prices have been crashing as interest rates have risen and buyers are doing a gut check on how sensible it is to pay such a luxury price tag on a scarce resource.

Brand new construction in New York remains resilient to the changing macro environment. The premiums on homes 1-5 years of age have been decimated and are starting to stabilize with new construction for the first time since June of 2020.

Real estate price fluctuations are a multidisciplinary problem. Parcl Labs has created a real-time real estate data analytics platform to keep you up to date and informed. iBuyers move first and leave regular buyers playing catch up. Our goal is to empower users with the highest quality data and insights to empower users to move with the speed of institutions. Sign up now to get access to this data today: 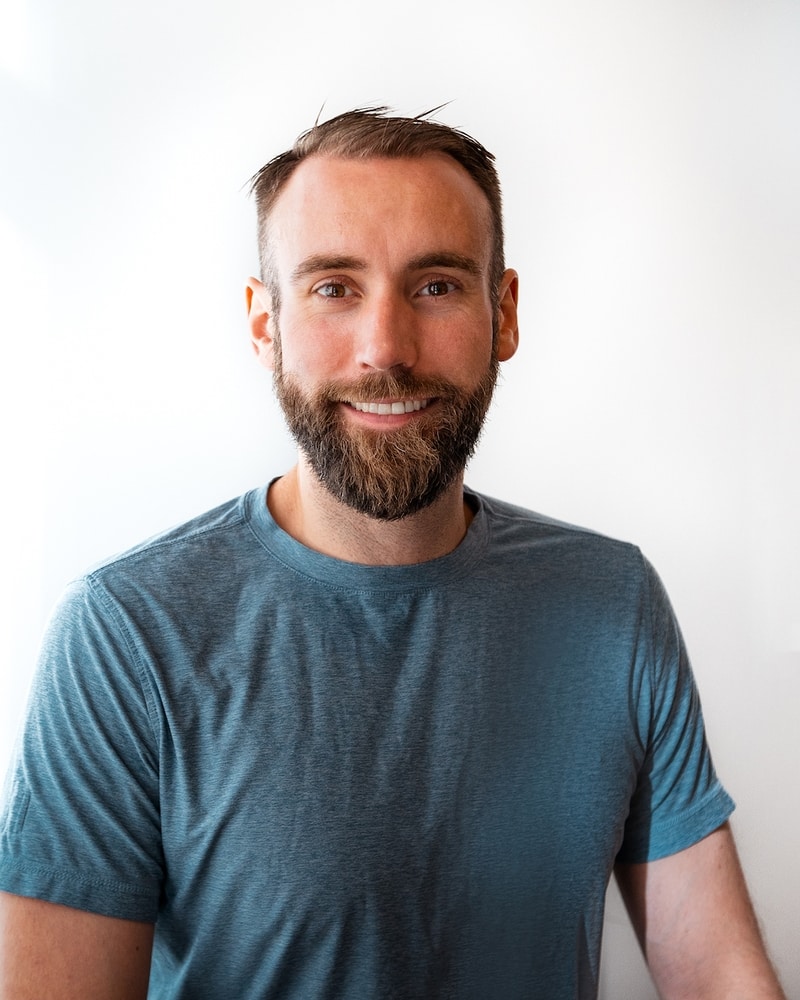 Jason leads the data team at Parcl Labs. Jason brings his experience from Microsoft and Deloitte where he worked on international data standardization and machine learning problems at scale. 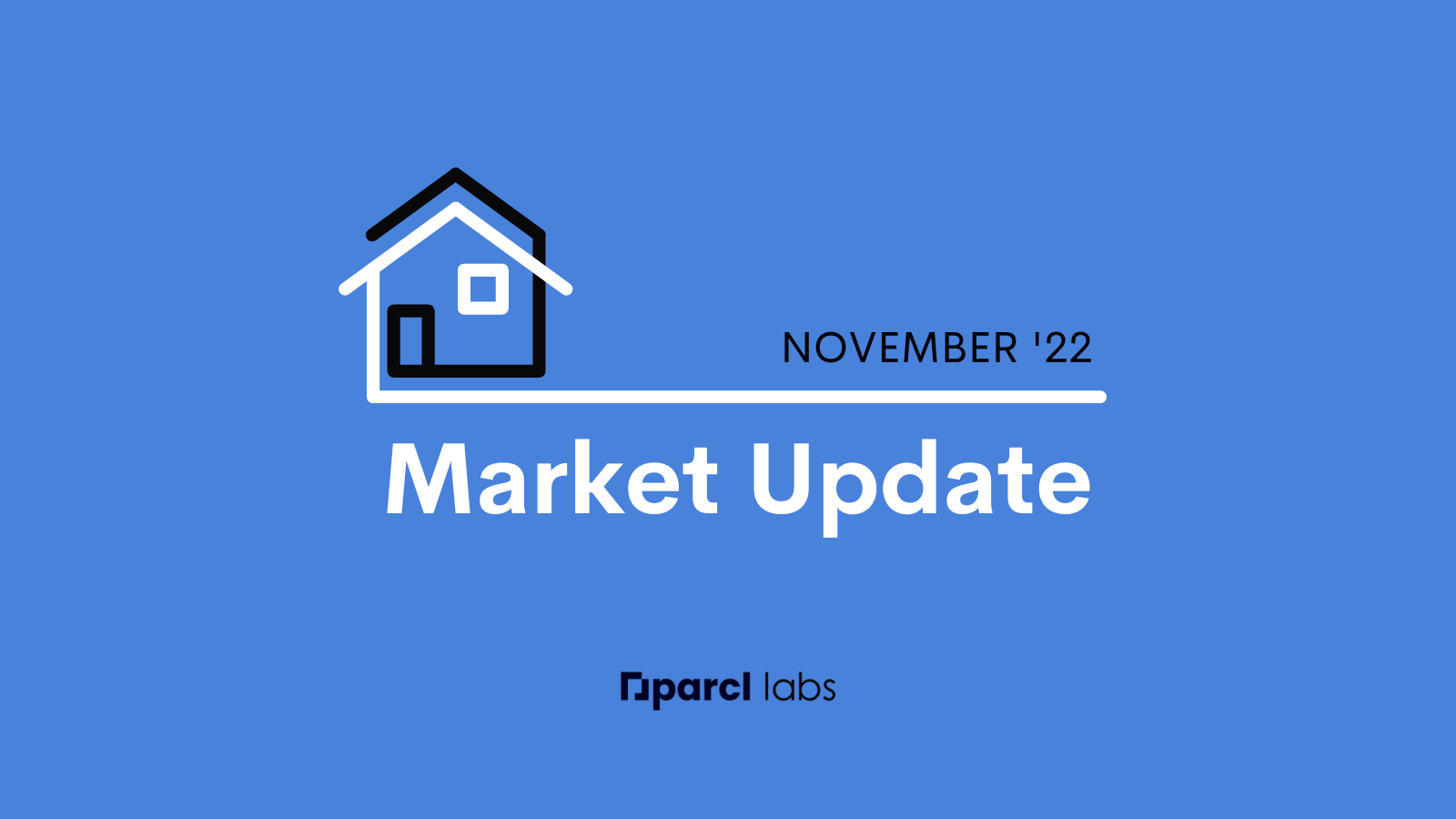 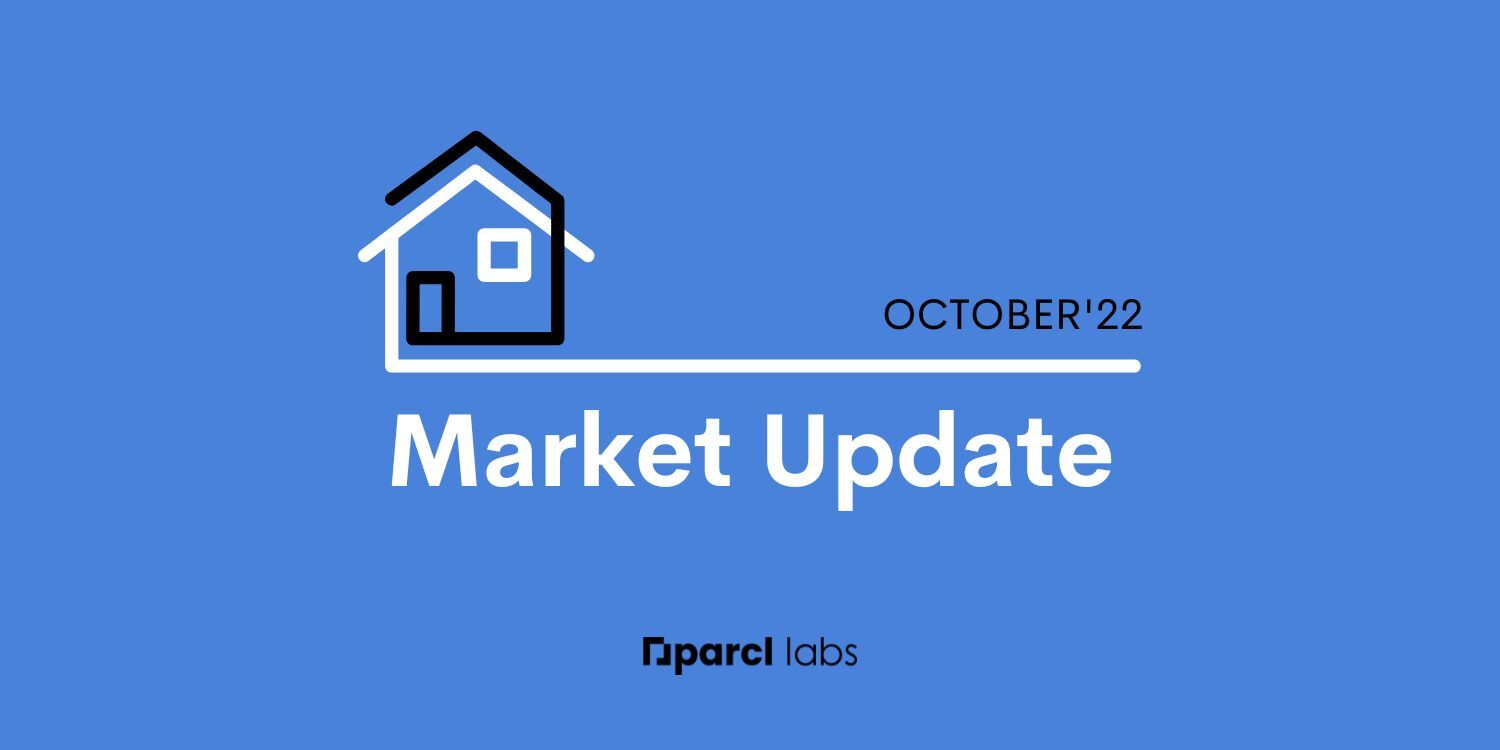